What makes a PR story?

News is all around us yet one of the most common questions a PR or journalist gets is ‘what makes a story?’ There is no simple answer, more a litany of potential facts that make up the story jigsaw when dealing with legal and litigation PR.

The most important facet in all of this is that the devil is in the detail. When a journalist is writing a story they are seeking to answer the questions of who, what, where, why, when and how? When dealing with ‘who’ a story is automatically more interesting if it is about David Beckham or Boris Johnson than Justin Penrose. It is also deemed more newsworthy if the subject of the story has an interesting job – a policeman, doctor or judge compared to a PR consultant.

In addition, whether we like it or not, the age of the person in the story can matter a great deal. The loss of a child in an accident will get a lot more column inches in the press than a much older person.

‘What’ covers a broad area, but was what happened tragic, funny, negligent or is it announcing something? If it is then it is potentially a story. If you were to go to see a friend and say ‘you never guess what happened’ then it’s probably a story. Numbers are also important. Was it a big property deal that was completed? Were there thousands of people affected by what happened? Bigger is generally better when it comes to news.

Next comes ‘where’. If it happened in Buckingham Palace or Downing Street it is more interesting than Acacia Avenue. Did the incident happen in well known landmark or building? If so, it is likely to be more newsworthy.

‘Why’ is often difficult to answer, but if it conforms to the adage of ‘you couldn’t make it up’ then it will probably be a story. ‘When’ tends to be anniversaries, birthdays, wedding days or holidays like Christmas. They are more interesting than a random day.

If there is a trend of recent events – a number of similar incidents, a number of deals collapsing or people being arrested for similar offences – then it is more likely to hit the news.

It may sound obvious, but is there a court case? Not all court cases are automatically interesting, but if they involve one of the above factors that is then there is every chance that the case may be of interest to journalists. It is also important to remember that most courts in the UK – apart from some family and youth courts – are open to the press. If you are dealing with a case like this then you may want to consider getting some litigation PR assistance.

Some stories are newsworthy simply because there are particularly shocking or moving pictures or video. This is especially important for television and online stories. A report of a car crash is one thing, dash cam footage of the accident can make it a much bigger story.

Despite all of this what it all comes down to – whether an incident or event is a story at all or the level of coverage it will get – is the detail. I recall one employment tribunal case where a solicitor did not think it was very interesting as it was a police officer taking legal action against his force over some fairly dry matters. The solicitor was surprised to see the story make the national newspapers the following day. One thing that he did not mention was that the police officer had previously been a close protection officer for Prince Charles and Prime Ministers. The level of interest had very little to do with the case, but that one tiny detail of his interesting job transformed it into a news story that made national headlines. When looking at legal PR don’t get caught out, remember that when it comes to news stories the devil is in the detail. 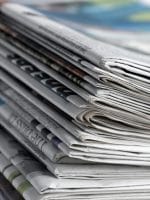