Furlough and the PR disaster for law firms

The term ‘fat cat lawyer’ conjures images of a rich and greedy portly law man living off the wealth of others as he quaffs champagne in his London mansion. Any of us who work in the legal profession know this is a largely unfair tabloid term that has tarnished the reputation of the whole profession for decades. While the term is generally unrepresentative of a profession that does a lot of good for society, some of those in law don’t really help to eradicate the fat cat image sometimes.

When the furlough scheme was unveiled by the Chancellor at the start of lockdown it was supposed to help those in dire need – to help businesses stay afloat and keep their staff employed a time when many were not receiving any revenue. I previously blogged about the shame brought to Premier League football clubs, including my own, Liverpool, when they furloughed staff. Although disgusting, they could at least point to losing hundreds of millions of pounds because of the pandemic.

Recent research by The Lawyer revealed that some top law firms are arguably even worse – they furloughed staff, increased revenues and then gave partners an increase in pay. It’s little wonder that the dreaded term reared its head as The Daily Mail screamed angrily in its headline ‘Fat cat lawyers are getting £142,000-a-year pay rises while taxpayers pick up bill for furloughed workers and junior staff get laid off”. Not pretty and not good legal PR for the industry as a whole. In fact, it’s worse than that, it’s downright shameful.

Even Justice Minister Shailesh Vara weighed in saying: “The idea that very well-paid lawyers are making even more money from the taxpayer at a time of national crisis will do little to enhance their reputation. I congratulate law firms who have volunteered to self-fund their furlough scheme and hope the rest will follow their lead.”

A flurry of law firms repaying furlough cash, quite rightly, ensued – more on this later – but some still didn’t pay back the taxpayers’ money that they clearly didn’t need to stay afloat. Let’s put this in some financial context. DLA Piper, one of the largest firms in the world took the furlough coin from the government, increased annual turnover by 8.5% to an eye watering £2 billion and increased the average pay of equity partners by 3.2% to over £1 million a year. A week after the Daily Mail’s article they paid back the cash. As with Liverpool FC furloughing staff and then reversing the decision, the damage had already been done.

Prior to all of this there were some firms that did the right thing and handed cash back to HMRC. This is all well and good, but what sticks in my throat – and isn’t good legal PR – is that some patted themselves on the back by putting out a press release. If they had been getting advice from good legal PR agencies they would have been told to not shout it from the roof tops when they are simply doing what would be expected of them by the average man on the street.

I find it remarkable that law firms that didn’t pay back furlough cash could have got this so wrong. Whatever the arguments for taking money from the government to furlough staff in the first place, they must have realised that not paying it back – without being asked to do so – would appear morally reprehensible to the average person. While firms could argue that partners’ salaries were increased on the basis of the previous year’s earnings that doesn’t wash. I always go on about PR being simple – it’s all about perception. The perception of what some top law firms did is that fat cat lawyers took government money while increasing revenues as they swanned off into the distance with their pockets full of bounty. In terms of legal PR it doesn’t get much worse than that. 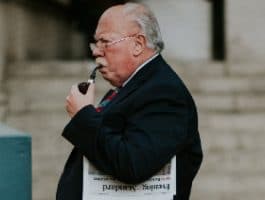