“Is there anything you’d like to ask us?” It’s a common enough question to hear at the end of a job interview, but these days employers could be forgiven for feeling like they’re the ones in the hot seat instead.

In a post-pandemic world in the grips of a climate change crisis, job seekers with the luxury of choosing where they work have decided they want more – and it’s not just about the money.

As well as perks like private healthcare and flexible working, a growing number of environmentally conscious candidates are asking firms to prove their eco-credentials as well.

If you’re a law firm looking to attract and retain talent, going green might seem like an easy win – but it’s not as straightforward as it sounds.

Companies must be able to back up their claims or risk being accused of “greenwashing” – where an organisation attempts to persuade the public that its products, aims or policies are more environmentally friendly than they actually are.

A law firm, for example, may trumpet its green initiatives – taking on pro bono cases or advising clients on reducing their carbon footprint – while at the same time continuing to promote its oil and gas work.

Pulling out of that field would undoubtedly be costly, but then so is the reputational damage if a company is caught out pretending to be something it’s not.

Ask VW in the wake of the “dieselgate” scandal in which the car manufacturer deployed software in millions of vehicles so that the emissions released during government tests would be artificially low. Tens of thousands of affected motorists are now seeking compensation in what could become the biggest consumer action in English legal history.

Or Ryanair which, in 2019, was banned from showing an advert claiming it had the “lowest emissions of any major airline.” It pointed to its fleet of new planes and high passenger numbers, claiming its emissions per passenger, per mile flown, were lower than its rivals. But the Advertising Standards Authority (ASA) upheld complaints, citing the data Ryanair had relied on as old and incomplete.

As a legal PR agency, we’re experts in averting disaster and our advice is simple – tell the truth.

Honesty and transparency are more attractive qualities to prospective employees – not to mention clients – than a firm that, by greenwashing, is showing only that it is putting its own interests before the environment.

Clarity is also key. A lawyer’s job is to forensically examine documents and root out any mistakes or inconsistencies, so trying to hide behind vague, ambiguous statements will never be a good look.

We all share the same planet, and it would be nice to think that all companies would sacrifice profits for the common good. Nice, but ultimately unrealistic.

Progress is being made, however. This summer saw the launch of the Net Zero Lawyers Alliance (NZLA), a coalition committed to transitioning towards net zero emissions of greenhouse gases, both directly and through the legal services they provide, by 2050.

Ditto the Legal Sustainability Alliance which has been championing the sustainability efforts of law firms since its inception in 2007.

A study by the Competition and Markets Authority (CMA) last year found that up to 40 per cent of green claims made online by firms may be misleading. Ahead of next month’s COP26 climate conference in Glasgow, the CMA has announced a further crackdown – giving companies until the end of the year to quit greenwashing or face action as part of a wide-ranging review.

Such headlines are reportedly scaring some companies into “greenhushing” – deliberately playing down their green initiatives in case they are criticised for not doing enough.

It may feel like a minefield, but it shouldn’t. Many firms are far from net zero. But if you’re honest about where you are and what still needs to be done, with a clear and credible plan for getting there then that will go a long way to gaining and keeping the trust and confidence of your people and prospective colleagues and clients. Good for you as well as the planet. 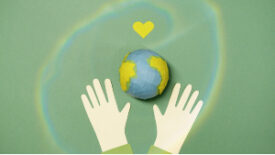