No sooner was 2020 and its seemingly never-ending stream of PR crises out of the way than we have seen another Covid-related PR disaster playing out. Unfortunately, it’s one that helps reinforce the much-peddled image of the fat cat lawyer, which is never good PR for law firms.

Shadow Attorney General Lord Falconer, who really should know better, said that the pandemic – current death toll in the UK at time of writing 117,000 – was, and I quote ‘the gift that keeps on giving’ on a webinar to US law firm Gibson Dunn. Just pause for a second to consider how bad this sounds.

While Falconer, or Charlie to his friends, ‘was talking in the context of lawyers and the way the law is changing’ according to Ed Miliband – no stranger to a PR cock up himself – it doesn’t matter. The old excuse of ‘being taken out of context’ doesn’t really resonate with the man on the street who has lost family members, their job and is struggling to put food on the table for his kids. Covid, the gift that keeps on giving? I don’t think so.

Once something as outrageous as this has been said – and then reported on social media and the press – the damage has well and truly been done. Covid has seen so many PR crises as we are all living through one of the biggest on-going disasters the world has ever seen. When people say something insensitive, like something good is coming out of this disease which has claimed more than two million lives worldwide, then there will undoubtedly be a vociferous reaction. Saying things of this nature, even if the individual had the best of intentions, is so unbelievably wrong that you would think experienced, intelligent and professional people would not say them, yet they have time and time again.

While 2020 saw its fair share of idiotic actions that led to PR disasters – a trip to Durham in lockdown for Dominic Cummings springs to mind – language and things people have said have been at the root of many. Shadow Education Secretary Kate Green said about Covid ‘don’t let a good crisis go to waste’. Simply incredible. Again, she was talking about learning lessons from the crisis, but clumsy, insensitive language is always going to make the headlines. With heightened sensibilities because of the pandemic this feeling of outrage when somebody says something stupid and crass is magnified. This makes the need for being extremely careful what you say even more pronounced.

Labour rolled out former leader Ed Miliband to take the flak – fortunately, he wasn’t talking in his second kitchen or eating a bacon sandwich – and he passed on Charlie’s apology. That was big of him. Why the Shadow Attorney General issue his own apology? Something better to be doing? It is, of course, the right thing to do to apologise when you have messed up this badly, but far better to do it yourself.

The lesson from this episode, and so many other PR blunders, is you have to be careful what you say, however well intentioned. Away from Covid now former FA Chairman Greg Clarke showed that loose lips cost careers when he gave evidence to the digital, culture media and sport select committee. His unbelievable performance saw him refer to black footballers as ‘coloured’ and claimed that South Asians and Afro-Caribbean people have ‘different career interests’. He said: “If you look at top level football the Afro-Caribbean community is over-represented compared to the South Asian community. If you go to the IT department of the FA there’s a lot more South Asians than there are Afro-Caribbeans. They have different career interests.” If you are going to have your spokespeople talking in public, make sure they are not as ignorant as Mr Clarke and that they are briefed about what they should say.

The past year has shown us more than ever that saying something ill thought out and stupid, whether intentionally so or not, is enough to spark a PR disaster. In a time of crisis like Covid be mindful of what you say as if you say something stupid you may well live to regret it. 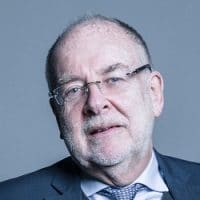