Whiplash: What they said, what they mean and where we go from here

Even by the standards of government press releases, the Ministry of Justice’s (MoJ) recent announcement  of the whiplash reforms going live was a masterclass of misleading propaganda.

Of course the MoJ was going to put as positive a spin on the changes as it could and it was depressing to see how mainstream media like the Press Association, BBC and Sky News simply regurgitated the press release, with a bit of extra comment from insurers thrown in.

It took the legal editor on The Times to give a bit of space to the arguments of the claimant lobby; unfortunately, the day of the specialist legal correspondent in the national media is almost gone.

Wouldn’t it have been nice to see the Law Society in particular and the Association of Personal Injury Lawyer (APIL) try to counter this inevitable spin? But I heard and saw not a peep. It’s a dereliction of duty on the part of the Law Society, which is pushing hard on access to justice issues in relation to legal aid and the courts but largely ignores personal injury. It was a legal PR fail.

So let’s annotate the press release:

“Motorists across England and Wales will save up to £35 a year on their insurance as new rules on whiplash claims come into force today.”

“Up to” is doing a LOT of heavy lifting in this opening paragraph.

“The changes are designed to reduce the unacceptably high number of whiplash claims made each year, with more than 550,000 in 2019/20 alone, which will allow insurers to cut premiums for millions of drivers.”


What is an “acceptable” number of whiplash claims?

“The reforms include a new user-friendly online portal for road traffic accident claims under £5,000 – simplifying the process and removing the need for expensive lawyers.”

Have a read of the 64-page user guide and tell me it’s user-friendly if you don’t have an LLB after your name. As for expensive lawyers, of course before 2013 claimants did not have to bear the cost of their lawyers at all (and the expense was fixed anyway). It was government policy that then ended the recoverability of success fees and after-the-event insurance and meant that lawyers started taking a share (capped at 25%) of damages received.

“They also introduce a ban on settling whiplash cases without medical evidence – a practice which has opened the door to fraudulent or embellished claims.”

It wouldn’t have done if insurers hadn’t made pre-medical offers. This is the MoJ clearing up insurers’ mess.

“Insurers have pledged to pass on the savings these reforms will create to drivers – worth a total of £1.2 billion.”

Unfortunately, we won’t find out until 2024/25 at the earliest if this has actually happened, by means of a statutorily required report from the Financial Conduct Authority – by which point the government will be long past caring.

“Despite the UK having some of the safest roads in Europe with fewer crashes reported year-on-year since 2013, road traffic accident claims are more than 40% higher than in 2006.”

The UK does have the second safest roads in Europe, according to an RAC report last year, but equally OECD research from 2014 showed that the UK has 50% more cars per kilometre of road than the European average, with more than twice the number of cars per kilometre than in France.

APIL has pointed out that with busier and more congested roads, low-speed accidents generating soft tissue injuries are more likely to occur than in other jurisdictions.

“This has been fuelled by a reported increase in exaggerated and often disproportionate claims, driving up the costs of premiums for ordinary motorists.”

The lack of hard evidence has been an issue with the reform programme from day one.

“The government is determined to clamp down on this behaviour and help reduce the cost of insurance for drivers.”

Undoubtedly there is fraud and it will be less appealing with the new compensation tariff. But without lawyer gatekeepers, and compensation so low, how hard will insurers push back on minor claims? Will they prefer just to pay out and move on?

I won’t go through the rest of the release but will pull out a few other lines:

“The majority of all RTA related claims will now proceed through the cheaper small claims track where legal costs are not recoverable.”

With claims able to enter, exit and then re-enter the small claims court to determine various issues, it might not prove cheaper for anyone if claimants are determined enough (albeit that’s a big ‘if’).

“A new fixed tariff of compensation for whiplash injuries… provides claimants with a clear guide to how much their injury would be worth when they make their claim.”

But if you have non-whiplash injuries too, then your troubles are only beginning. The Ministry of Justice’s position is that it will be for the courts to work this out through test litigation.

“Meanwhile, the increase to the small claims track limit for road traffic accident injuries will mean that claimants whose compensation is valued at less than the £5,000 can use the new portal – in most cases sparing them court appearances, fees and legal costs.”

The majority of cases didn’t go to court before yesterday anyway.

“The new whiplash tariffs will [ensure] that compensation is proportionate to the injury suffered.”

Proportionate by whose measure? Not the judiciary’s, that’s for sure.

But the deed is done and the argument we’ve been having for years is over. Claimant representatives undoubtedly brought the Jackson reforms on themselves to some extent, but their impact was not properly assessed before embarking on further reform.

The absence of ADR in the portal – which was originally a key part of truly changing the process – is a failure that the MoJ, and indeed injured people, may yet come to regret severely.

This is, without doubt, a win for the insurance lobby but it should be careful before declaring complete victory yet – claims could become more awkward and expensive for them to handle with litigants in person on the other side.

On the basis that the vast majority of claims are honest, the simple fact is that ‘success’ requires people with minor injuries to be deterred from bringing a claim in the first place. Whether that is a good or bad thing very much depends on where you sit.

So we now wait to see how behaviours of litigants, claimant solicitors, insurers and claims management companies change as a result.

Law firms such as Slater & Gordon reckon most people will seek help to navigate the portal – a significant number already pay over a portion of their compensation for someone else to bring financial mis-selling complaints to the Financial Ombudsman, and injury claims are far harder to handle alone.

What we can say with certainty at this stage is that this is not the end of the reform process. The focus will now move to the non-injury elements of claims – such as repairs, credit hire and rehabilitation – and battle will recommence once more. 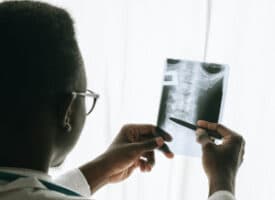