The internet is forever

When digital communications first sprang on to the scene and email became the de-facto method of business communication over the telephone, you’d often see stories in the media of the outraged employee who sent an email ranting about their boss to the whole company, instead of just a few intended recipients, or ‘private’ emails shared publicly by jilted spouses.

We still do see these types of stories now and again, but then email came of age, and so did we as the users of it. We quickly learnt that, unlike a conversation, where a sharp word may be quickly said, but also quickly forgotten, the written word and the internet lasts in perpetuity, and therefore so do our mistakes. We learned to leave emails that had riled us, and to return to them with a calmer head later on.

Then new kid on the block, social media, turned up to the party and rocked the boat all over again. As a legal PR agency we are always interested in communications of all kinds, digital, print, spoken, as they can all be utilised in different ways, to send different messages and reach different audiences. And Twitter and its other social media counterparts provide interesting insight into how people choose to communicate, and what they choose to say.

And what people choose to say isn’t always nice.

From Piers Morgan, to the Kardashians, for certain celebrities having a Twitter feud has almost become de-rigeur, reigniting it every now and again helping to maintain flagging public profiles. These public spats have become classic Daily Mail sidebar of shame fodder.

Then there are the Donald Trump’s of this world, who have found social media to be an excellent megaphone for spouting wild theories or diatribe.

But social media is no longer an open platform for anyone and everyone to say whatever they like with no recourse. Social media platforms have recognised it is their duty to monitor what is being said so that users who utilise these platforms for racist, sexist or other oppressive messages to be held to account. Trump found this out when he received lifetime bans from both Facebook and Twitter in January of this year following the Capitol riots after they believed he’d been inciting violence with his comms.

It’s not just rogue presidents though who use these platforms to spout offensive views. In the last week we’ve seen controversial writer Julie Burchill use the birth of a baby as an opportunity to air her racist views, suggesting the Duke and Duchess of Sussex had “missed an opportunity” and could have named their daughter “Georgina Floydina”, in reference to George Floyd, murdered by a policeman last year. This comment was vastly inappropriate on so many levels, and yet was picked up by family lawyer, Joanna Toch who decided to reply to the tweet saying ‘no Doria? Don’t black names matter?’ in reference to Meghan’s mother Doria Ragland. Julie Burchill responded that she ‘was hoping for Doria Oprah, the racist rotters’, to which Toch wrote back saying: ‘Doprah?’

Burchill has since been fired by her employer, The Telegraph, and Toch has been suspended pending an investigation by her law firm, and the Family Law Bar Association. Both have tried to defend their comments citing them as “harmless” and “it was just a joke” – but by its nature a joke is meant to be funny and these comments were far from funny. It’s likely that both engaged in this short-lived but impactful exchange without thinking ahead to possible repercussions and what it revealed about their values.

While different mediums and channels often require different styles of communication, the message should always be the same. And, know that, there is never room for racist, sexist or other derogatory or offensive comments. The internet is forever, and moving away from such a mistake can be almost impossible in a digital age. 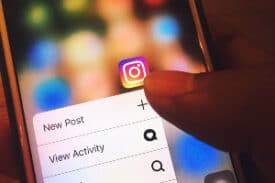