We all know the importance of PR and how effective it can be at putting brands in the most positive light, but even the best PR agency in the world can’t defend the indefensible. I have written about football clubs and their shocking handling of PR during the pandemic, but the failed European Super League (ESL) trumped – pun intended as the move was almost Trumpesque in its pure arrogance – all of the shambolic decisions that preceded it. In terms of launches it was one of the biggest PR own goals ever witnessed.

For those of you living under a rock, last month saw the ESL – a closed shop of 12 of Europe’s top clubs where none would ever be relegated – launched and quickly die. Fans groups decried the plans of a league where clubs would not have to qualify on merit, PM Boris weighed in calling it “very damaging for football” and former and current players lambasted the project.

When top clubs previously put their dinner staff on furlough while continuing to pay footballers hundreds of thousands of pounds a week you could have been forgiven for assuming that the clubs just weren’t getting – or perhaps listening – to PR advice. Surely that must have been the case with the ESL, right? Wrong. If reports are to be believed iNHouse Communications – founded by Kate Perrior who led the press team at No 10 Downing Street for a year under Theresa May’s tenure – had the contract to PR the ESL. Boris previously lauded the PR agency as the “Fortnum and Mason” of communications, on this occasion more Aldi perhaps?

The first thing to note was that the launch happened on a Sunday night. Take a pause to consider how ridiculous that is. If they were trying to bury news of the launch then did they really think that journalists would not bother covering this momentous story just because it was a Sunday night? As a former Fleet Street hack myself I know that journalists can be a touch lazy sometimes, but no reporter would ever not cover a huge story like this just because it happened after 10pm. If they were launching the ESL in a blaze of glory and razzamataz Sunday night is not your moment. It was almost like they were trying to bury bad news, not the most auspicious of starts.

That aside reports suggested that the ‘PR plan’, for what it was worth, was to ride the early storm of objection and to follow it up with how the ESL would provide more money to the football pyramid. Working in legal PR I always risk assess every piece of advice I give or press release I write for clients. It is my basic duty to be able to foresee any potential backlash and advise clients accordingly if I think there is any risk. Where was the risk assessment here? Did it exist or was it just ignored by the 12 clubs so consumed by their own arrogance and greed? Perhaps we will never know what PR or risk advice was given to the ESL. But one thing I do know is that iNHouse should have been savvy enough to risk assess the potential damage to their own brand by being associated with this toxic project. Yes, PR is a powerful tool if used correctly and one that can do a lot of good. But trying to defend the indefensible is an impossible task and will only leave all of those associated with the poisonous project nursing damaged brands. 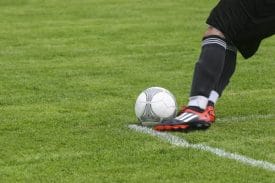