West Ham coach David Moyes found himself in the spotlight last week for all the wrong reasons.

For a man of Moyes’ experience, and for a club the size of West Ham, both really should have anticipated what happened next, with sponsors dropping the club and universal criticism of both the player and the coach. An RSPCA and police investigation remain ongoing.

By not immediately condemning the actions of the player with some very swift action of their own, the coach and the club broke a basic crisis PR rule.

The media rightly had a field-day with puns a plenty, but my favourite was from The Guardian: David Moyes lends a tin ear to the Kurt Zouma-kicking-his-cat episode.

The day after the game, West Ham announced that they would be fining the player the maximum amount possible with the money going to animal welfare charities, but their slowness to respond was a huge failure, resulting in real damage to the club’s reputation.

When something is blatantly wrong, own up and take responsibility quickly. By allowing Zouma to play in the game against Watford, the club’s actions were effectively saying: “It’s OK to harm animals.”

Of course, West Ham and Moyes can’t be blamed for the player’s behaviour, but they should take full responsibility for their lack of judgement and failure to take account of the ‘mood music’. It was a spectacular own goal.

It’s simply not enough to condemn something when your actions don’t follow suit. We’ve written about this many times on the Black Letter blog, and our clients will often hear us encouraging them to ‘put their money where their mouth is’. By that we mean, don’t just say you support or believe something, show us.

It’s not enough to say you condemn animal cruelty, you have to show it. From retailers to law firms, from government departments to football clubs, society now demands much more from companies, whoever they are and regardless of what service or product they provide.

Interestingly, a report by the European Club Association found that only one in five football fans think enough is being done by the sport to address societal issues, with almost half agreeing that more needs to be done.

And yet, football appears to be tone deaf on some of these issues. It’s not the first time we have written about football clubs in this blog. My colleague Justin Penrose wrote last year about the PR disaster that was the failed European Super League. I’m sure it won’t be the last.

Our business is helping law firms and legal services providers communicate effectively, but the same rules apply in legal PR as they do for football PR, and it demands a listening ear and actions that match what you say. 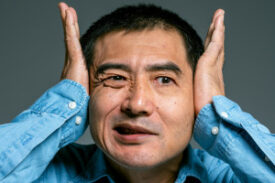