Is it time to ditch ‘off the record’?

Part of life as a journalist is going up to people in a social setting and someone laughing, “Oh, careful what you say now! He’s going to quote you!” To which I always reply, with a forced smile: “Don’t worry, you’re off the record.”

The whole business of ‘off the record’, ‘unattributable’ and ‘on background’ is a murky one because these phrases can mean slightly different things to different people. There’s no industry standard as such.

So, a key legal PR tip is that, if you are giving a journalist information that you don’t want them to quote you saying, be very clear in advance about the basis on which you are speaking and how your words can be used, if at all.

I always tell people that, ultimately, if you want to keep something private, don’t tell me, even off the record (which I consider means that I cannot use it in my article). After a while, information just becomes mushed up in your head and you forget the basis on which you know each piece of it. This means the next time you write about that subject, it might just come out as part of what you know.

This has been on my mind because of a story I wrote recently on Legal Futures. It was a good one that brought to light a significant something a law firm had done on the quiet. The firm fessed up and gave me a statement to explain its actions and then the head of PR called me to give a crucial extra bit of context. But this information was strictly “background” and not to be attributed to them.

This happens a lot. That’s why you regularly see journalists use phrases like ‘Sources close to…’, ‘insiders claim…’, ‘it is understood…’ and so on. Politicians do it all the time as a way to have a dig at a rival or fly a kite about a possible policy, without having to take responsibility.

The question that’s been bothering me is this: why do we, as journalists, play this game? If a person or a firm wants to get something out there, should we not require them to own it? Who are we helping by giving them the cover of anonymity?

(I’m not talking here about more serious situations, such as whistleblowers, where there may be good reason to provide anonymity.)

I do think some of this plays to journalists’ egos – we like to know what’s really happening behind the scenes and to show readers that we know. Of course, often we don’t. That one side has given us access to supposedly confidential information does not mean we have the full picture.

A good example is a case that legal journalist doyen Joshua Rozenberg has been writing about recently, which began with a Daily Telegraph story, based on a briefing from a government “source”, over legal action being taken to stop the BBC identifying a “spy” working overseas, which it was claimed would be a risk to people’s lives and damage national security.

As Joshua has subsequently reported, the case is far less clear cut than it first looked, with the BBC telling the court that it believes this man to be a dangerous extremist and misogynist who abused two former female partners and told one of them that he worked for MI5 in order to terrorise and control her.

In an era of ‘fast’ news, where the pressure to be the first to get the story online is intense, I fear journalists too often just swallow what they’re told without examining it closely enough.

To be clear, I’m certainly not exempting myself here – I think back to when I started as a reporter at the Law Society Gazette in the days before the internet when we just published a weekly magazine. I would routinely speak to two or three people for news stories, examining them from different sides. That is now a rarity.

This has arguably elevated the role of the press release, which so often I now see just cut and pasted across the media (again, guilty from time to time). Saying that, I find that actually speaking to the person quoted, or reading the 60-page report on which the release is based, means you end up with a much better article, even if it’s not the first one out there.

That’s a trade I’m often (but not always) willing to make. I feel it serves the reader and my own conscience better. But when you’re faced with a hot bit of breaking news or a juicy bit of unattributable information, it’s hard to resist just whacking it out on the internet as quickly as possible.

This is a good time for legal PR to the extent that busy journalists sometimes push back less than they should. They may be more willing to take what they’re told at face value, on or off the record, than in the past.

Also, the endless space of the internet means that stories which would not have made the six pages of news in a weekly publication are now written up and published. Sometimes, frankly, they don’t feel worth any extra effort, so cut and paste it is. Disposable news.

Indeed, there are some legal websites out there that purport to be news operations but the writers are not journalists and they basically just regurgitate press releases.

It’s hard to be a discerning reader given the amount of information thrown out there on news websites. I wonder if we journalists should do more to help them separate the real stories from the ‘Ctrl X, Ctrl V’ chaff. 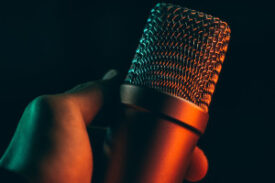