Neurodiversity: The secret weapon for recruiting talent and winning clients

Most law firms would have scoffed at the idea of recruiting a neurodiverse workforce a few years ago, thankfully times are changing, albeit slowly.

An estimated 15-20% of people are neurodiverse – used to describe conditions such as autism, ADHD, dyslexia, and dyspraxia – but many find it a barrier when it comes to finding work. Research published last year by the Office for National Statistics, for example, found that just 22% of autistic adults were employed.

Such statistics are not only disappointing but at odds with the increasing focus on diversity and inclusion in the workplace, where neurodiversity should but doesn’t always rank alongside gender, race, age, sexual orientation or physical disability.

Diverse organisations are proven to be more profitable, innovative, and better able to retain talent. And with big name firms like Microsoft, IBM, and Goldman Sachs among those to realise the benefits and introduce neurodivergent hiring programmes, it is high time that other employers including law firms followed suit.

Yet law firms open to the many benefits of recruiting a neurodiverse workforce need to be really committed to doing so. This is an area where they will get found out quickly if it is undertaken as a PR exercise or a box-ticking exercise.

In the era of social media and review sites such as Glassdoor, companies that pretend to be something they are not will inevitably get found out.

Take, for example, the major brands that have been publicly called out for exaggerating their eco credentials, perhaps the biggest being Volkswagen which has so far paid out £26bn worldwide after fitting emissions cheating software in its vehicles.

Working in legal PR, we haven’t come across many firms openly embracing neurodiversity, but recently had the pleasure of working with Thackray Williams.

Their focus on creating an inclusive environment for colleagues and clients is to be applauded. When planning the firm’s recent office move, they went to great lengths to ensure it catered for the neurodiverse.

The firm’s Bromley office now has neutral décor, lots of windows and natural light and designated quiet areas, with staff also permitted to use noise-cancelling headphones if they wish.

Chief operating officer, Neil May, says: “Tesco have decided to make their ‘quiet hour’ scheme permanent in stores, seeing it relating to perhaps 20% of the population.

“Whatever the actual number, the lesson for businesses is it is highly likely we already have such diversity within our staff and within our clients.”

The benefits work both ways – a report by JPMorgan Chase, published by the Financial Times, found that employees in its ‘Autism at Work’ initiative made fewer mistakes and were generally between 90% and 140% more productive than their neurotypical colleagues.

Unfortunately, few are as enlightened as Thackray Williams. A recent Google search of autism and law firms only produced options for criminal law firms with a specialism in representing autistic clients. We clearly still have some way to go.

Law firms should be alive to the fact that amongst their potential client base up to 1 in 5 could have some form of neurodiversity. Law firms go to great lengths to attract new clients and so being equipped to meet the needs of the neurodiverse has significant marketing potential and reputational benefits.

Any law firm doubting the direction of travel should look no further than drinks giant Coca-Cola who announced in February 2022 that it was to start penalising its panel law firms with reduced fees if they failed to deliver on diversity commitments. It said that diversity of talent was a critical factor to driving better business outcomes.

This article was first published on The Neurodiverse Laywer Blog 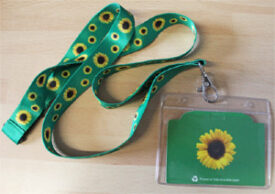