The ignorance of public perception and the Royal PR disaster

When the Queen chose her ‘favourite son’ Andrew to stand by her side at Prince Philip’s memorial it showed such a lack of PR judgement that I almost fell off my chair. The Queen has always managed to be whiter than white and avoid the seemingly never-ending PR disasters that beset the rest of her family. She has been above such tawdry scandals and has guided the monarchy through some dark times.

But when she decided to let Andrew accompany her at Westminster Abbey, I lost a little bit of respect for her. Weeks after settling his sexual assault civil case with Jeffrey Epstein victim Victoria Guiffre – despite vehemently denying he had sex with her when she was 17 years old – here he was front and centre at an event that was supposed to be about remembering Prince Philip. The optics were horrifically bad.

PR is all about perception and in legal PR I always risk assess every announcement or press release I do for a client. Did anybody risk assess allowing Andrew – a shamed royal stripped of all public duties because of his past misdemeanors – to be beside the Queen? If they did it was incredibly badly thought out, but if the Queen was advised of the PR backlash and insisted he was by her side anyway, then it shows unbelievable arrogance. Sure enough, the limelight was stolen by Andy’s appearance and the headlines were about him rather than his father.

Perhaps equally shockingly was the suggestion from ‘sources’ that Andrew was ‘rehabilitated’ two months after settling with Ms Guiffre and he ‘can do a lot of good’. Days later and he’s embroiled in another scandal in which he is accused of taking £750,000 from an alleged fraudster. Leopards and spots.

It’s not as if the Queen hasn’t had a hard enough time of it anyway. Prince Harry decided not to attend the memorial, presumably toys still out of pram after he was refused police protection in the UK. Funny that he and Meghan are happy to go to the Netherlands for the Invictus Games though. I digress, his decision to judicially review the Home Office for withdrawing his protection in the UK was another moment where you have to wonder if the royals truly have an ignorance of public perception, or if they just don’t care.

Then we have the recent revelations that Prince Charles asked predatory paedophile Jimmy Savile for PR advice. Honestly, you couldn’t make it up. Okay, so Savile wasn’t known to be a sex offender at that stage, but perhaps Charles should have taken some advice from a PR agency instead?

There seem to be two problems with the royals when it comes to PR. There are the unbelievable decisions, like Andrew at the memorial and Harry judicially reviewing the Home Office, and there are the skeletons in the closet that come back to haunt them. It is clear that the royals don’t have a great radar for knowing what public perception will be. With the former, maybe they should get some decent PR advice. With the skeletons, perhaps think about what the perception would be if whatever they are doing gets out? However, as the past has shown us this may be wishful thinking and a blend of arrogance and ignorance will keep the never-ending PR disaster rolling. 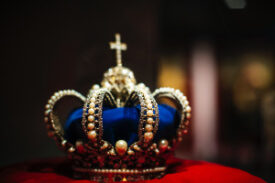